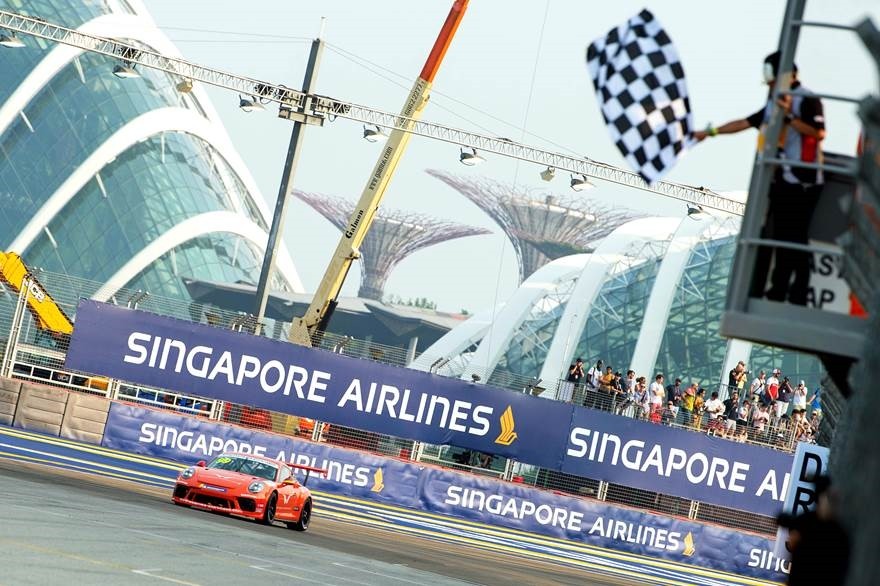 Marina Bay, Singapore. Team StarChase and talented driver, Philip Hamprecht put one hand on the 2019 Porsche Carrera Cup Asia crown with two races to go, stepping up onto the top step of the podium for the third time this season on Singapore’s demanding Marina Bay street circuit.

Team StarChase extended its tally of Porsche Carrera Cup Asia podiums to nine at the Singapore Grand Prix weekend with the team edging closer to claiming the Overall and Porsche Dealer Trophy titles, with a comfortable win and a third place finish in the series’ return to the Lion City.

With just a single practice session before the 30-minute Qualifying, Hamprecht and the team had just a few laps in which to perfect the set-up of the No. 99 Porsche 911 GT3 Cup (Type 991 II). The German youngster had got his weekend off to a great start by setting the pace in the practice session, claiming the top spot with a time of 2:16.969.

Hamprecht decided to set the pace on the narrow, twisting Marina Bay street circuit right from the outset on Saturday’s qualifying session. The Porsche Motorsport Asia Pacific Young Professional put in his best effort, lapping the Singaporean circuit in a time of 2:17.230 to conquer the pole-position for Round 11. He also seized pole-position for Round 12 with the best second time.

The first race took place later on Saturday afternoon. The 22-year-old driver unfortunately lost two positions in the opening lap as the green flag dropped on race one. From there, he opted to take a more measured approach as he completed the race with the championship in mind. By finishing third, Hamprecht collected important points to stick at the top of the championship standings. 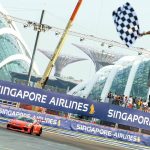 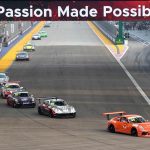 “With the championship in mind all I wanted to do was stay out of trouble as things were going our way,” Hamprecht explained. “Although we weren’t able to maximise our pole position advantage, I am happy that I was to be able to keep on the power and push hard all the way.”
On Sunday’s race Hamprecht started from pole-position again. Despite the pressure, this time the German driver got the most out of the pole-position. He was victorious in dominant fashion, leading the race from start to finish in front of packed grandstands. Anyone who looked solely at the grid order and the end result would assume it was a monotonous race, as the top three podium finishers were the top three on the starting grid – but nothing could be further from the truth. Hamprecht took control of the race from the green light, but he was always under pressure from the group of drivers immediately behind him. Knowing that saving tyres for the latter stages of the race would be crucial, Hamprecht kept his cool, but he had to put his head down and drive a tidy, measured race to finish first – getting the best from Team StarChase car and repeating his win from 2017.

Speaking after the race, Hamprecht said: “Everything went smoothly today. The team gave me a great car making it possible for us to win again. We are heading to the last race of the year in the lead of the Championship and the Porsche Dealer Trophy to a circuit where we always have strong results. Our goal is of course to secure both titles.”
Hamprecht currently holds a 33-point lead in the driver standings over his nearest rival. A maximum of 43 points are on the table for each driver in the last event. Team StarChase is now first in the Porsche Dealer Trophy’s standings with 200 points, requiring only five points in Shanghai to win the trophy. 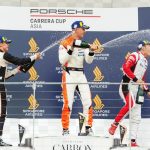 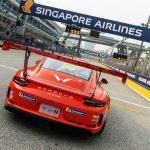 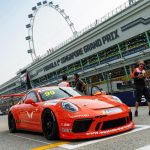 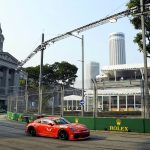 Mr. Robby Niermann, Chief Executive Officer Greater China of StarChase, commented: “Huge congratulations to Philip and Team StarChase. We are racing for 12 years, but winning never gets old. And winning the signature event of the season at the Singapore Grand Prix tastes extra sweet. Everyone put in a flawless performance and Team StarChase is now in a commanding position to win both the overall Carrera Cup Asia Championship and the Dealer Trophy. We can’t wait for the season finale in Shanghai!”

Mr. Chris Titmarsh, Vice President of Automotive Refinish Coatings Solutions Asia Pacific, who was on site to support Team StarChase, added: “First of all congratulations to Team StarChase and Philip for today’s win. Philip put in a strong performance without the slightest mistake. It is a well-deserved reward for the intensive work and the efforts of everyone involved in this racing program. It’s been a long and hard fought season and we are proud to be part of this success. I hope we keep the momentum for the final race in Shanghai.”
Rounds 13 and 14 of the Porsche Carrera Cup Asia will be held from November 9-10 at the Shanghai International Circuit as part of the FIA World Endurance Championship (WEC) weekend in China.