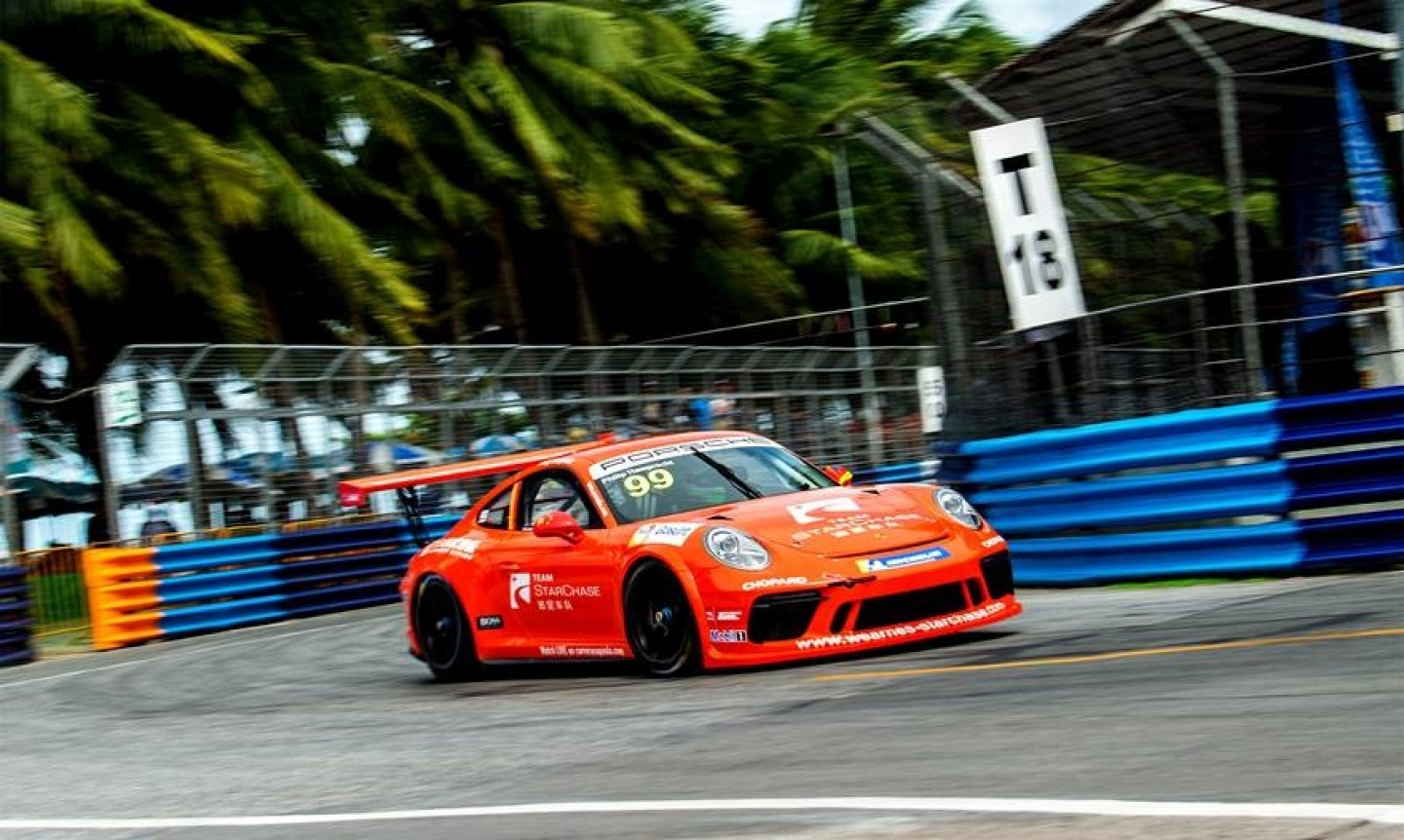 Team StarChase Retakes Championship Lead with a Win at Bangsaen

Bangsaen, Thailand. Team StarChase and Philip Hamprecht came out victorious for the second consecutive year at the gruelling Bangsaen Street Circuit in Thailand for Rounds 9 & 10 of Porsche Carrera Cup Asia. The result saw the German driver retakes the lead in the Drivers’ Championship battle, while Team StarChase strong points haul meant the squad has moved into championship lead in the Porsche Dealer Trophy standings.

The track slippery conditions weren’t enough to keep the #99 Team StarChase Porsche 911 GT3 Cup away from some great racing during the third visit of Porsche Carrera Cup Asia to the coastal town in Thailand. Hamprecht matched last year’s great performance against a strong opposition in the single Qualifying session, held on Saturday morning, posting the fastest time to earn the pole-position for the first race on Saturday. With a lap time of 1:34.942, Hamprecht took almost 0.3 seconds of last year’s lap time record. His personal second best lap of 1:35.579 placed him in fourth place for Round 10 on Sunday. 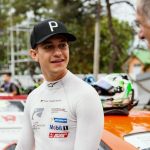 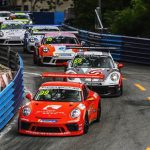 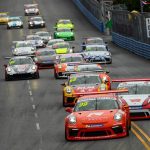 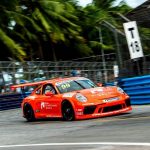 Round 9 was held later that same afternoon and the Porsche Motorsport Asia Pacific Young Professional driver had a good front row start taking the lead by the first corner. Hamprecht led half of the race on the narrow street circuit, but just wasn’t able to hold on to that first place and had to settle for a second-place finish at the flag. However, the apparent race-winner was excluded from the results by the stewards following an alleged violation of the Porsche Carrera Cup Asia Technical Regulations. In turn, Hamprecht and Team StarChase took home their second win of the season.

Heading into the second race from fourth on the grid and sitting first in the standings, Hamprecht did not have to take unnecessary risks. Putting in a safe drive, he remained within striking distance of the top three, crossing the finish line in fourth, collecting valuable points to keep the lead in the championship.

At the end of the Thailand leg of the season, 22-year-old German driver returns to the top of the Drivers’ Championship with 15-point breakaway from the closest opponent. Team StarChase collected 34 points for the Porsche Dealer Trophy classification over the weekend, and is now leading with a 15-point margin on the second. 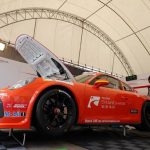 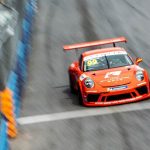 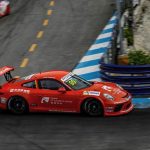 Commenting on the weekend results, Hamprecht said: “Overall it was good event for us. Qualifying was the best session of the weekend. It was really nice to get the pole-position and the new track record, and being the only driver lapping below the 1:34 mark. Things just didn’t go my way in race one, but our closest opponent was disqualified and we got our win in the end. In race two we had a chance to go on the podium again, but a fourth-place finish is still good for the championship points. We will now focus on getting a good result on the streets of Singapore.”

Mr. Robby Niermann, Chief Executive Officer Greater China of StarChase, added: “There’s a lot of positives we can take from this weekend in Thailand. Philip’s pole lap is really impressive and also really shows how much work the team has put into the season. I’m extremely proud of them all. We are now where we want to be, at the top. There are still two events to go this season in Singapore and Shanghai, so we are not getting carried away but this weekend has been a game changer. If we keep on racing well and confidently, it would be fantastic to win a fifth Porsche Carrera Cup Asia Championship title.”

The Rounds 11 and 12 of the 2019 Porsche Carrera Cup Asia season will take place on 21st and 22nd of September at the Marina Bay Street Circuit, Singapore.