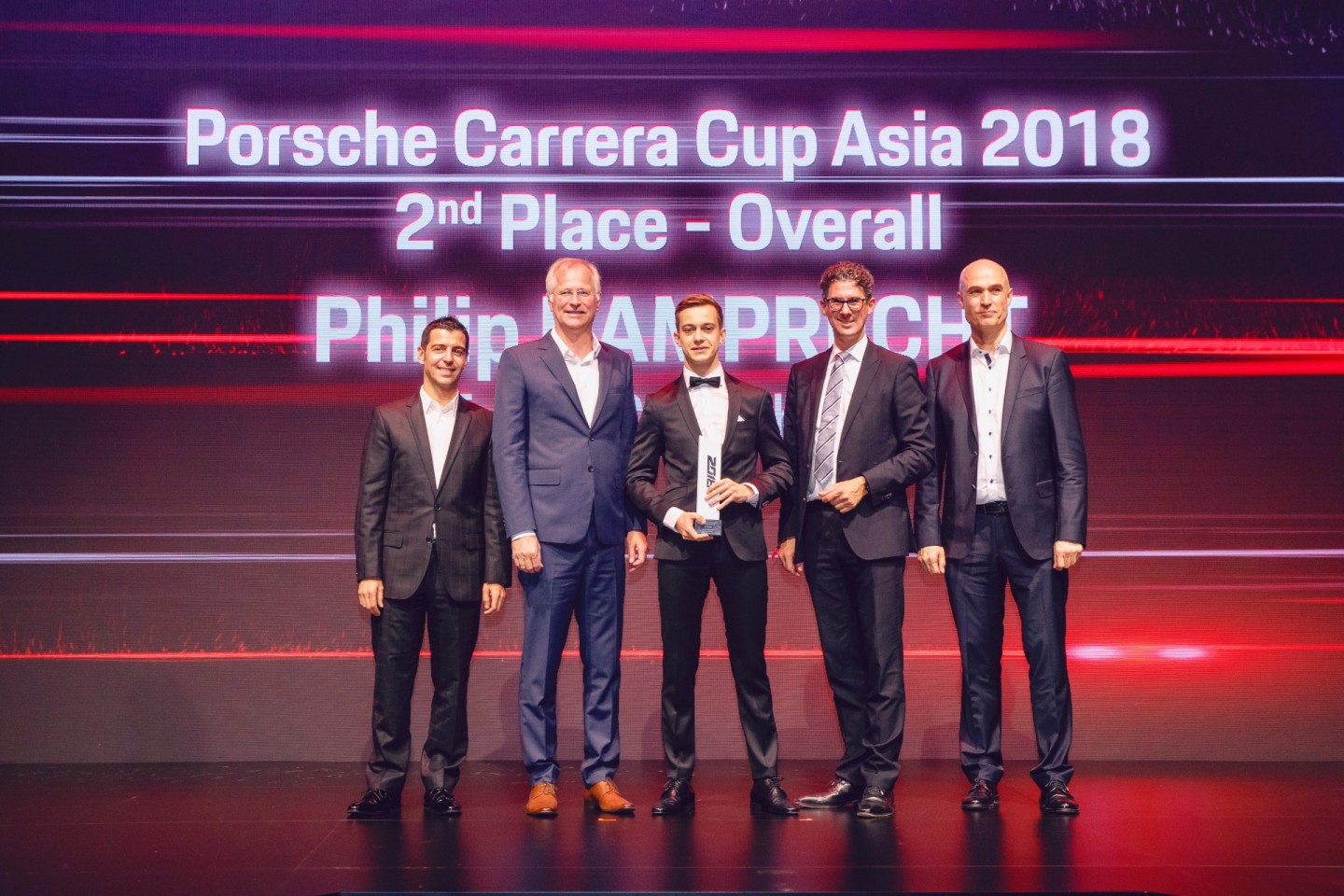 Shanghai International Circuit, a FIA Grade 1 circuit, is known for its demanding straightaway-hairpin combination and technical design. Together with the fast-changing weather over the weekend, the races truly tested the skills of the drivers. Qualifying was held early Saturday morning and Hamprecht impressed with two solid outings setting 2:08.304 and 2:08.375 to start third and second respectively for Rounds 11 and 12.

Midday on Saturday, Hamprecht, who started Round 11 with the used tires, did not have a good start, dropping down a couple of places right into the mix. He managed to recover his drive at the first corner to stay ahead from the pack of drivers behind him. Hamprecht held on to fifth all the way to the chequered flag. Despite missing out on the podium, his consistent performance showed he has grown throughout the season.

Round 12 was held later that afternoon, newly shod, Hamprecht had a better race and performed well, putting on a great show for members of StarChase. Right from the start, he was on pace with pole-sitter Chris van der Drift and was putting pressure on him at the back straight but was not successful. He then got in position to try for another fierce attack, where three cars went side by side to fight for the lead, making it one of the most exciting and thrilling battles of the whole season. Eventually, Hamprecht found a way past his rival at the start of lap 2 to take the lead.

Halfway through the race, various accidents caused the safety car to be called, reducing the gap that Hamprecht built to Martin Ragginger behind him. After the restart, he maintained his lead but the minor contact that he had during the earlier intense overtaking manoeuver caused a slight damage to his car and from there, he did his best to defend but after multiple attacks, Ragginger found a way past in the final lap to claim the race win. The excellent performance and podium finish was proof of Hamprecht’s ability as a top-notch driver.

On his final 2018 races Hamprecht said, “It was not the best weekend but overall it was still good. I struggled a bit during free practice but thanks to the team’s effort, I managed a good rhythm in qualifying. I really wanted to win the last race to end the season on a high but the contact early in the race damaged my car slightly causing me to be overtaken at the last lap. On a whole, the season was still fantastic and I would like to say a big thank you to all the members of Team StarChase for their hard work and support. I am happy that we can end the season as runners-up in the Championship”.

Mr. Robby Niermann, Chief Operating Officer of StarChase, “I am very pleased that Team StarChase can end the 2018 season as runners-up in the Championship and would like to thank all the team members and partners for their hard work and support. Philip’s performance was outstanding all through the season, winning 4 races and finishing on the podium at nearly every other event. With the last race, Team StarChase secured 1st place in the 2018 Dealership Trophy and this award gives all our team members, fans and sponsors great motivation for the 2019 campaign.”

BASF-owned Glasurit Automotive Refinish, a Team StarChase sponsor in 2018, brought a special gift during the weekend: A beautiful oil painting of car No.99, perfectly replicating the Porsche Classic Continental Orange livery. Dr. Sebastien Garnier, Director of Business Management Automotive Refinish Coatings Greater China, “We focus on painting cars, so we pour great passion into colors and design. We are very happy to continue our collaboration with Team StarChase this year and the orange livery is very eye-catching on the track, attracting a lot of attention. Philip also performed really well and has achieved excellent results this year. We are very proud as a sponsor.”

Rounds 11 and 12 conclude the Porsche Carrera Cup Asia 2018 season. After an excellent performance throughout the season, Team StarChase and Philip Hamprecht are 2nd Overall as well as claiming the Dealer Trophy win.