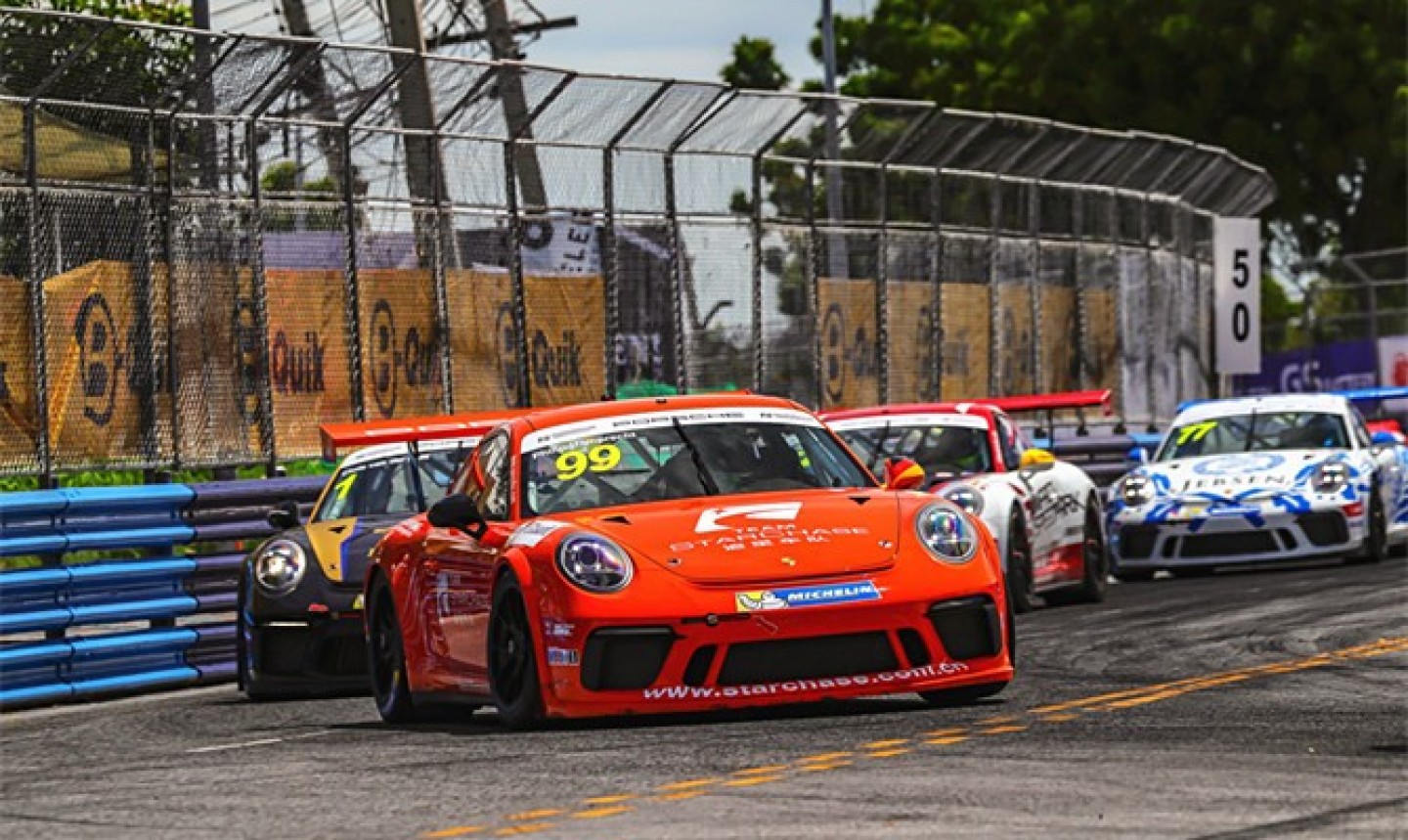 Bangsaen. Team StarChase’s Philip Hamprecht came out victorious at the very challenging street circuit in Thailand for Rounds 4 & 5 of Porsche Carrera Cup Asia, claiming one pole position and a win in Round 5 at Bangsaen Street Circuit. The weekend showed the massive strength and determination of the team in their fight for the Championship title.

This is the second visit for Porsche Carrera Cup Asia to the coastal town in Thailand. The contrast between the sweltering heat and sudden rain brought on added challenges on the bumpy and narrow street circuit. The tight tricky track caused quite a few incidents along the way, bringing out the safety car and cutting the qualifying session short. Held on Saturday morning, Hamprecht showed his dominance during qualifiers, setting a best lap of 1:35.219 for a front row start for Round 4 and a personal second best lap of 1:35.688 to claim pole for Round 5. 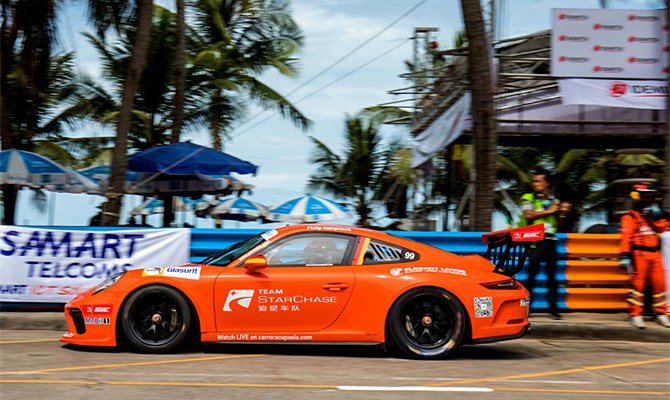 Round 4 was held later that same afternoon and Hamprecht had a brilliant front row start taking the lead by the first corner. As he was paving the way at the front, an accident occurred behind him not long into the race, causing a safety car period and reducing the gap he made. As the race resumed, it quickly became an extremely close race, putting the German under immense pressure. Although he was unfazed early on, the seemingly infallible Hamprecht was put under immense pressure from the fast charging William Bamber into a mistake, clipping the wall and damaging his steering forcing him to retire from the race early. 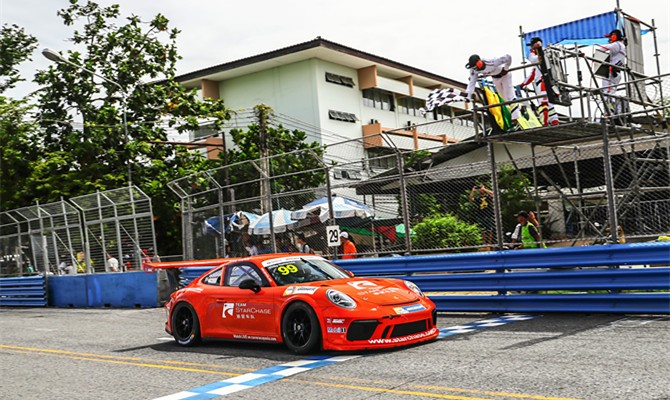 Sunday’s Round 5 was fraught with accidents but this time Hamprecht, who started on pole, defended his lead and drove a faultless race to claim an absolute win. After an impressive start, he just put his head down and raced without a single mistake, deterring any challenges from his competitors. Despite several accidents and two safety car periods, Hamprecht maintained a perfect lead bringing the Team StarChase Porsche to claim the chequered flag. 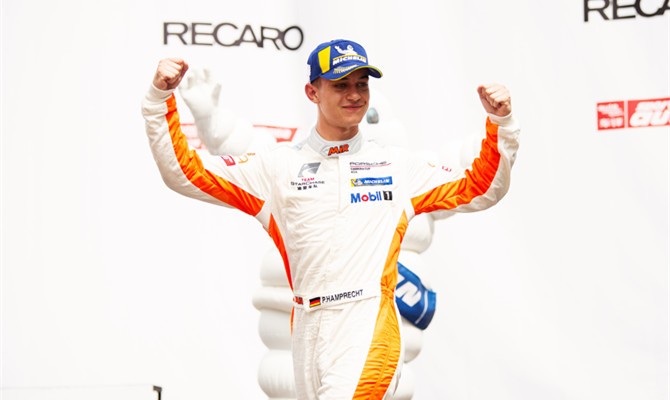 Philip Hamprecht: “I had good qualifying results and clean start in the first race but unfortunately I made a mistake, touched the wall and had to retire. I feel very sorry for our StarChase colleagues who came all the way from different Porsche dealers but with their support I felt stronger in the next race and made up for it with a win. I am happy.” 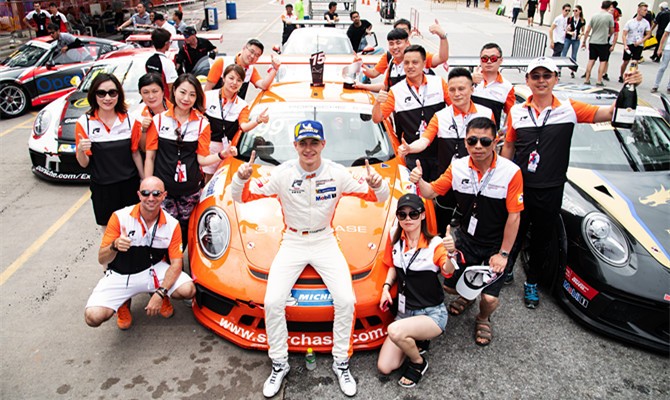 Mr. Robby Niermann, Chief Operating Officer of StarChase: “Philip was fast and the team managed a perfect setup for the car. It was a great qualifier and he had a fantastic start in Round 4 but it was bad luck that he touched the wall, but that’s racing. The positive encouragement from our StarChase colleagues definitely helped to make Philip strong enough for Round 5, giving him a perfect win today on this very difficult track.”